"Hey, sorry I haven't updated in a while. Life's been crazy, but I'll be back soon."

I’ve been using the Logitech G13 for a while, and like a lot of people, did not care for the tiny, pointy, thumbstick.

There are a lot of ways to fix this (like replacing the thumbstick with one from a more comfortable gamepad), but here’s what I settled on.

Originally, I didn’t want to make any permanent modifications, so I packed a joystick cover full of sugru, and smooshed it on top of the existing joystick, and let it cure for a day.

Because of the shape of the joystick cone, it couldn’t fit completely inside the cover, and rather than having sugru completely wrapping around the joystick top, it was only adhered to the top.

Despite that, it lasted about 7 months under heavy use (enough to wear down the nubs on the cover) before falling off yesterday. 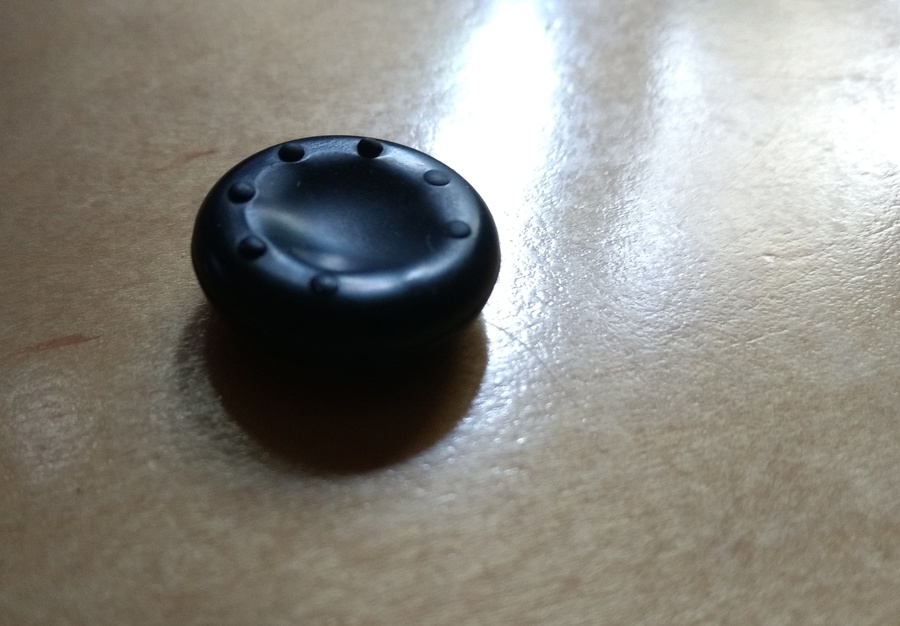 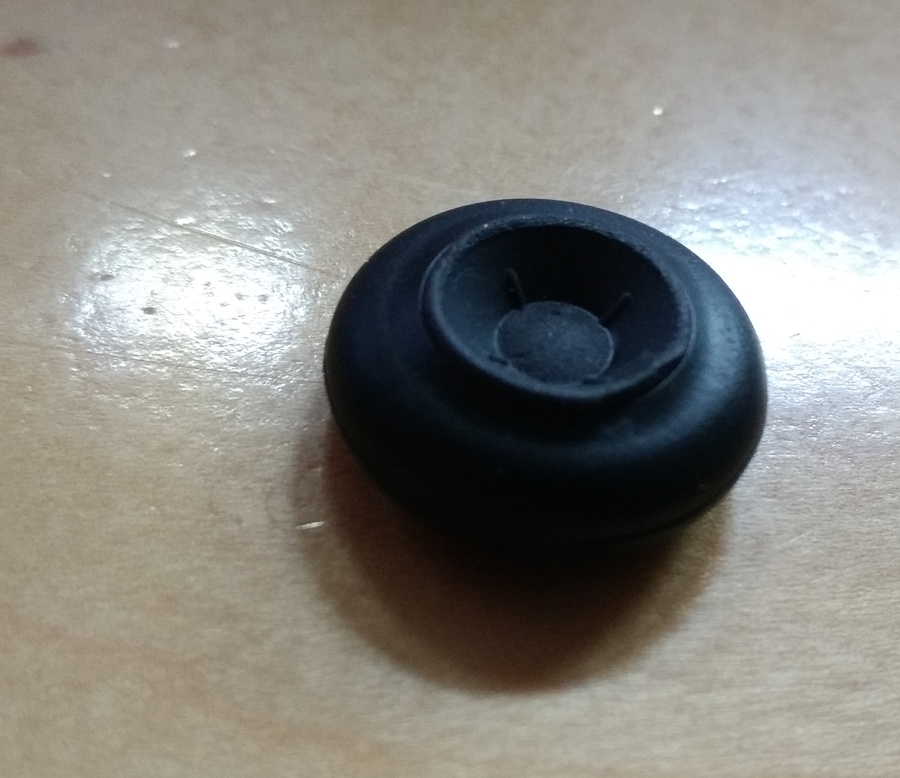 Since I was out of sugru (and didn’t want to wait another 24 hours for it to cure anyway), I decided to use thermoplastic (instamorph, polymorph, etc.) instead.

To allow it to fit in the cover and to adhere better, I removed the rubber tip from the G13. There doesn’t appear to be a good (read: reversible) way to do this, as mine was both glued, and too inflexible to pull off of plastic shaft without damage, so I just removed it with a craft knife.

Like the sugru, I filled a new cover with thermoplastic, pushed it onto the joystick, and used a small pokey tool ensure that the thermoplastic wrapped around the top of the joystick (now flat), and let it cool. 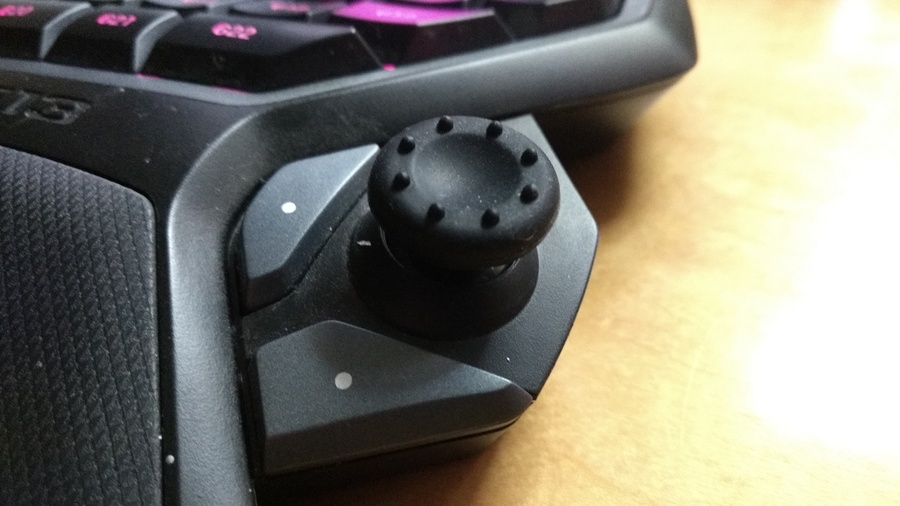 Here’s the thermoplastic, having been molded to the inside of the cover. 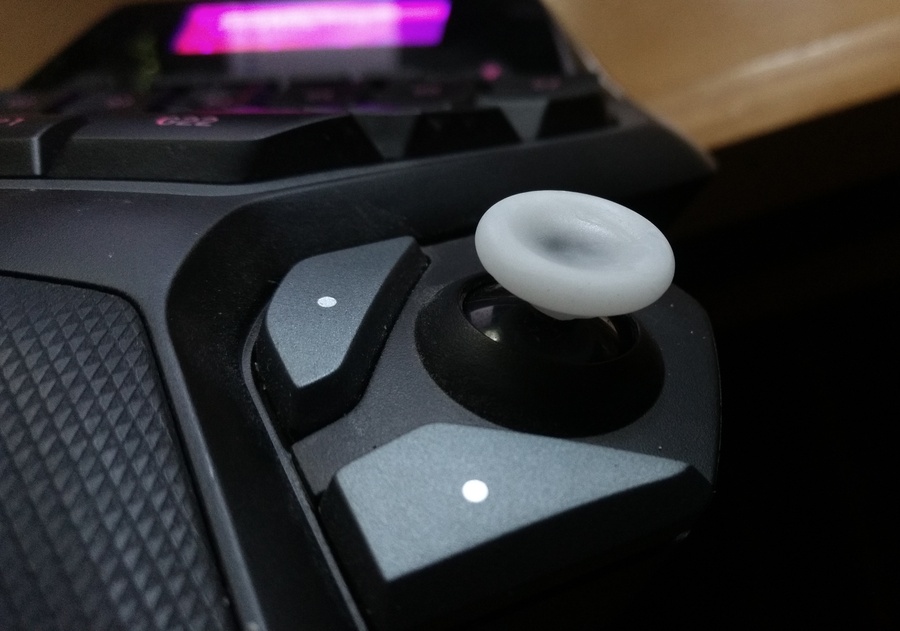